We all have favorite tropes and story lines we love, right? These are the things we simply can’t resist even if we’ve watched or read many versions. I have a weakness for supernatural creatures! My favorite shows to re-watch are Grimm, Supernatural, and the original Charmed. My favorite books to snap up are paranormal romances such as the Nocturne Falls series by Kristen Painter. I love seeing the unique spins for each interpretation.

Creature stories reveal so much about us as humans. We see what we dream of whether we crave physical prowess, mental advantages, immortality, or all three and more. These stories also reveal our fears of darkness, death, and even our fellow man. It’s always a fascinating journey when I can delve into the mythology surrounding supernatural creatures.

Fortunately, I have another author friend who is writing such tales. Selene Kallan is our guest this week and she is giving us a peek into her Immortal Heritage Saga. Keep reading for a new spin on this personal favorite of mine. 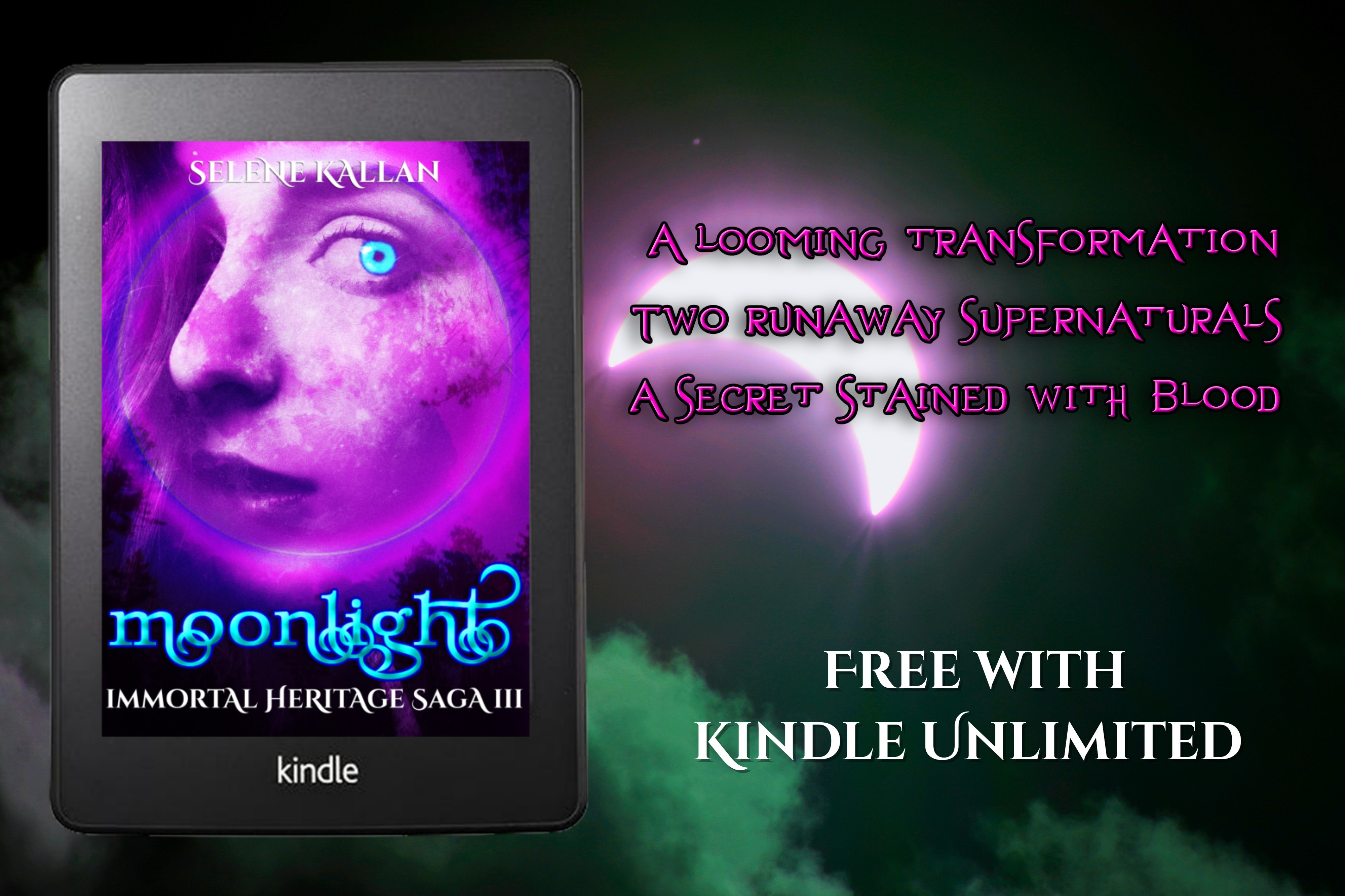 Some consider them to be of demonic origin, others believe they’re the outcome of mutations. But who are they really? Are they wicked by nature? In my world, very few are purely evil, in fact, they are often the victims of human hunters. The following are some of the most relevant races in my stories:

Feared, desired, revered. It is undeniable they cause fascination. Their origin is shrouded in mystery, multiple cultures have their own version of the creatures of the night. From the Rumanian Strigoi to the Greek Lamia. So what are they? Demons or monsters? Descendants of demigods or undead?

In my world, they are immortal, near impossible to kill. Their origin is unknown to most except for the Ancients. Those who are several thousand years old and remember a time when they were slaves in a distant world. Twice as fast as a cheetah, stronger than several dozen men, ageless. They are divided into 3 main categories: 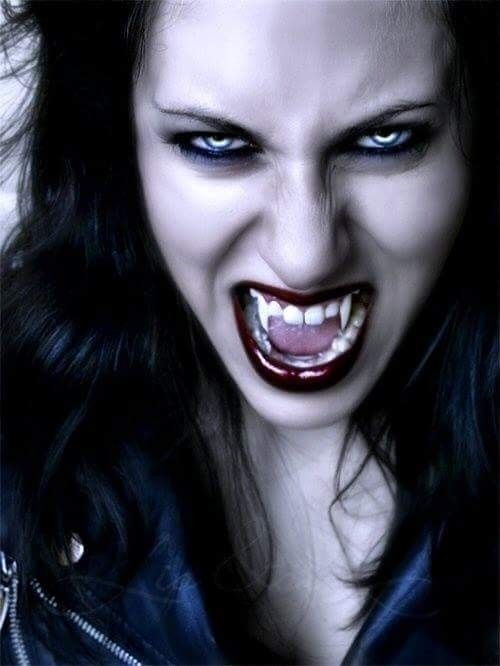 Born of two vampires or a vampire and a human. The strongest of their kind, they possess telepathic and empathic abilities, hypnosis, and UV resilience. Long exposition to sunlight will cause 1st-degree burns if they are weakened or poisoned, but their lightning-fast regeneration usually allows them to withstand it. Some possess other powers: telekinesis, pyrokinesis, energy manipulation, etc. The only effective way to kill one is through decapitation and immolation. No human can stand even a slight chance of fighting one unless it is with weapons designed to kill immortals. Human hunters have pursued supernaturals since the dawn of time; for millennia it was little more than a suicide mission. Modern technology and experimentation lead to the creation of an array of weapons that can weaken even a Pureblood enough to be captured or killed.

Those who were made by a pureblood, previously human. Only around 20% of humans can survive the transformation, about 60% die a few hours after vampire blood enters their veins. The ones who survive and become vampires are not as strong as Purebloods but possess hypnosis and a lesser degree of empathic powers (sensing emotions). Sunlight causes 1st-degree to 2nd-degree burns if the exposition is too intense and they are weakened; it blinds them if they have no contact lenses and makes them feel feverish.

Those turned by a blood-bound vampire. Ironically, it is easier for a human to be turned by a Blood-bound, but the results are disastrous. Low-class vampires are driven by their hunger, addicted to blood, unable to stop themselves from killing innocent humans. Purebloods and Blood-bound often destroy low-class vampires to avoid being fully exposed to humankind. The ones who had a moral as humans often lose their minds as they are aware of the horrible acts they perform but can’t stop. UV light causes a violent allergic reaction in a short time period, severe burns, and weakness, though if they’re fighting for their lives or for food it makes them no less dangerous.

There is one last kind, the DHAMPIR. They are created when a Pureblood attempts to turn a human. There is about 20% of probability of creating a Dhampir when humans receive vampire blood in their veins. Caught between human and vampire nature, almost as strong as a low-class but by far not strong enough to fight a Pureblood or a Blood-bound vampire without using poisons or many of the weapons humans have designed to kill supernaturals.

Vampires are not evil by nature in my world, they fell drawn to kill human predators: murderers, rapists, etc.

Shifters. They can pass as humans with perfect ease as long as they keep their temperament in check. Almost as strong as a Pureblood vampire in their humanoid form, fast and with keen senses sharpened to hunt down vampires.

Their aging stops when they’re in their late 20s. They’re just as hard to kill as vampires, if not more. Only severing their spine and setting them on fire can kill them. Their fur is coarse, thorn-like, and is almost as resilient as kevlar.

Once shifted, their razor-like claws can cut through steel. Their saliva is near poisonous to vampires, and they have a slight advantage given their beastly form. This is the reason why, once upon a time, they were the guardians of the Fae.

Their beauty is ethereal. With pointy ears, perfect features, and a subtle glow that makes them look surreal. While some are several times stronger than a bodybuilder, most can’t stand a chance in a physical fight against a lycan or a vampire. Fae look no older than 25 to 28 human years and will remain that way for millennia, if possible. Their life expectancy is cut back by the never-ending pursuit of eternal youth by humans, and the hunger of vampires.

You see, Fae blood is almost irresistible to most vampires. Some have become addicted to it and the enhancing properties it contains. That is why Fae allied with lycans—because only lycans could stand a chance to protect them.

There used to be many Faerie species, but most have been hunted down into extinction by humans.

There are also hybrids between vampires, lycans, and other species. Two of my main characters are in fact hybrids.

Ready to see all my supernaturals in action? Check out the Immortal Heritage Saga:

I hope you’ll explore this new supernatural creature option and check out Selene’s Immortal Heritage Saga. Are you ready to stalk this author? Check out a bit more below and be sure to comment below to share your favorite supernatural creatures and/ or your preferred spin on these fantastic beings!

Selene Kallan
An avid reader since childhood, Selene Kallan decided to write the many stories trapped inside her mind. The Immortal Heritage Saga is her debut series, featuring vampires, lycanthropes, hybrids, angels, demons, forbidden romances, and a secret endless war between humankind and supernaturals.